We are located inside the Gilroy Center for the Arts, 7341 Monterey Street, in Gilroy. (Corner of 7th and Monterey)

Limelight donates all concession sales and corkage fees for every performance to Gilroy Arts Alliance, the nonprofit that operates the beautiful Gilroy Center for the Arts.

For more information on the Center, you can see their website here.

As the plan came together on what kind of theater experience to create, there were four goals

Theater With A Twist 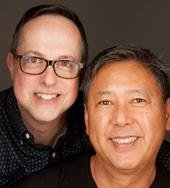